I have been studying very hard for my upcoming exam tomorrow since I got home from Denver. This is the first out of three and I must admit that I am a little nervous about it. Sure, I know what I am doing but it has been a while since I have taken a big exam like that. Cross your fingers for me, please!

So I have not been knitting much. I did however finish the knitting on Morganite a few weeks back, but still had to steek it, cut, pick up stitches and knit the lists for the buttons on the front. So, after working for 8 hours, studying for another 5 I decided that I would get 1 hour of knitting time before bed. So the first night I did the first list. Then the second list. Then I attached the buttons and washed it and then I had a new cardigan! Ta-dah! 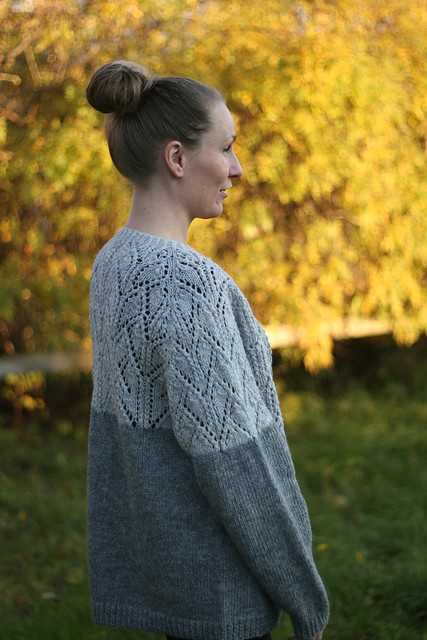 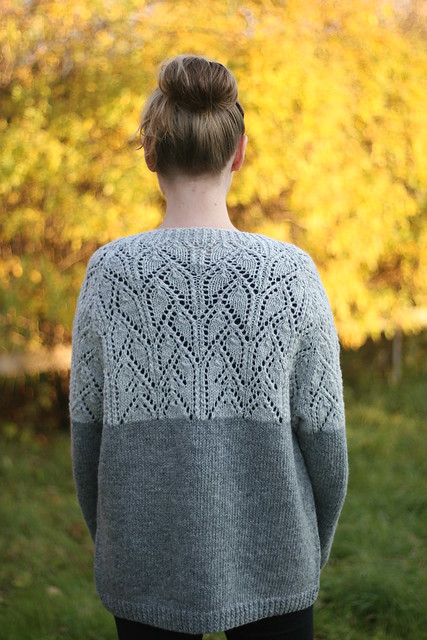 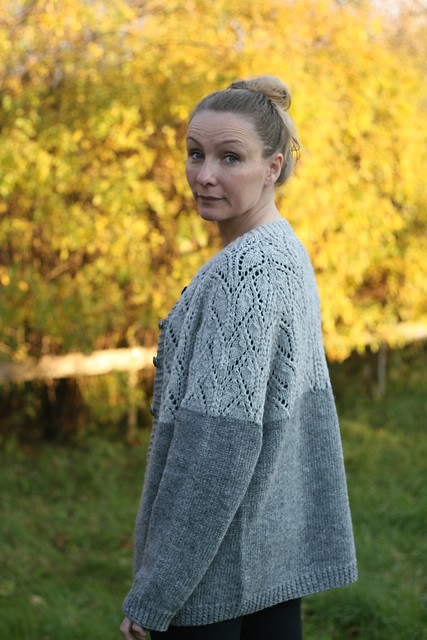 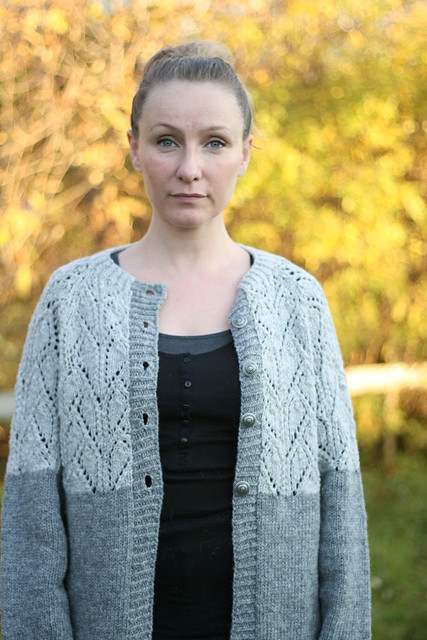 I made A LOT of changes on this one. The pattern is written so that you knit the cardigan back and forth. Well, I hate doing that so I changed to knitting in the round. I had no idea if that would work for the lace pattern on the yoke, but I decided that if it didn’t work, I could do that part back and forth. Well, it worked. How, I do not know, but it worked! I made size 3, that had an error in set up row when joining the sleeves to the body, but I got some notes from Sigurlaug and counted and re-counted and it all worked out in the end. Now I am waiting for Sigurlaug to finish her Morganite!

I had such a fantastic time in Denver! I had no idea what to expect, as Denver just did not ever cross my mind as a city to visit in the States. Now I can’t wait to go back some day. The people are friendly, the city is beautiful and I had a really great time there! 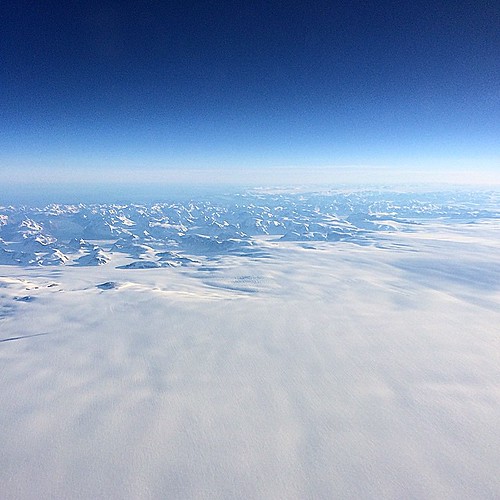 Flying over Greenland was breathtaking!

My event took place in Civic Center Park, and we decorated some trees there. It was a great day in the sun and I would like to thank everyone who showed up and added to the installation! Now, pictures speak louder than words, so here are a few for you to see! 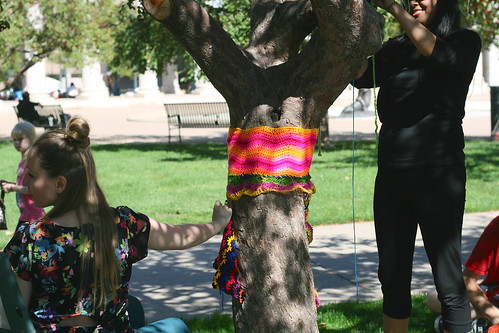 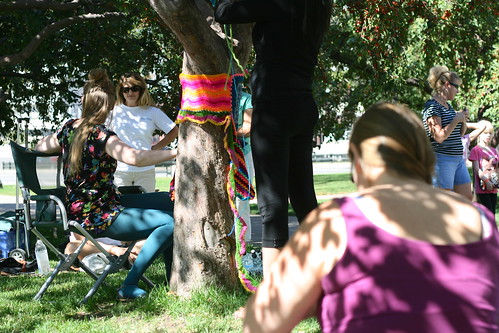 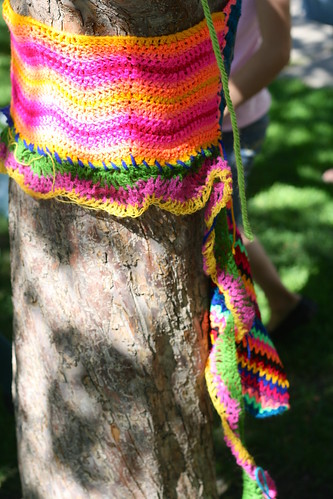 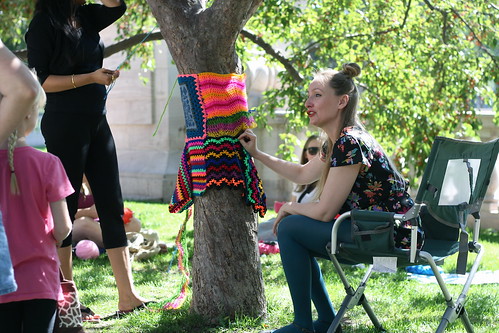 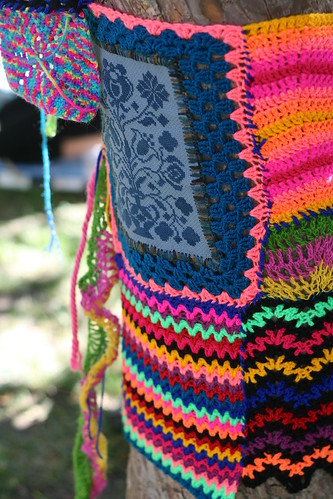 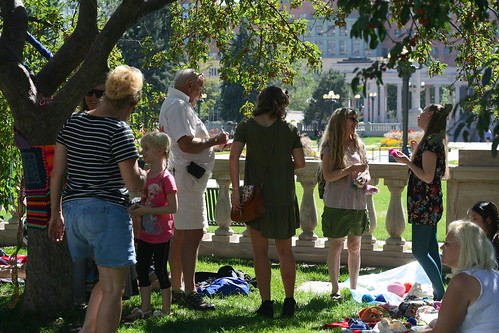 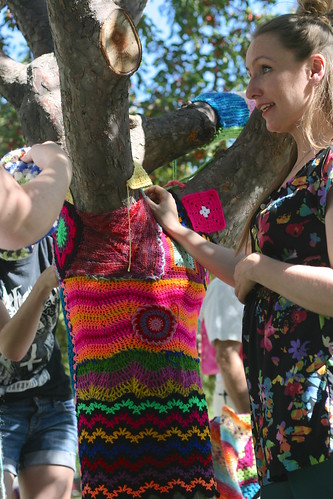 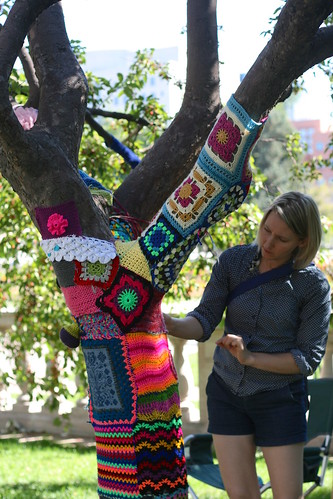 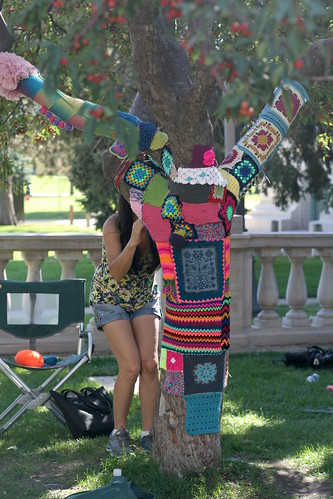 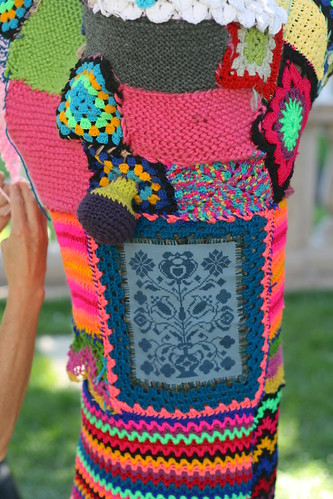 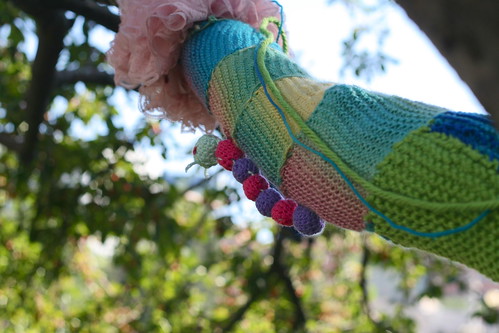 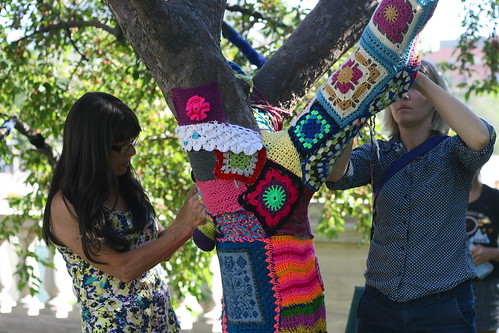 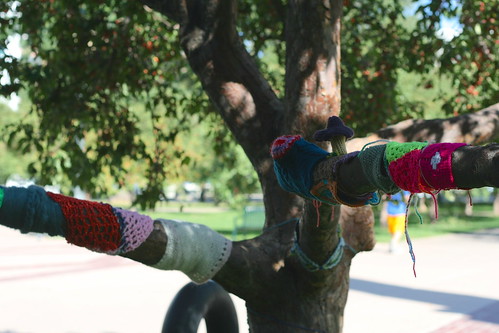 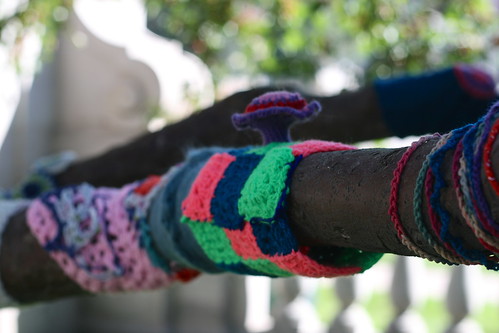 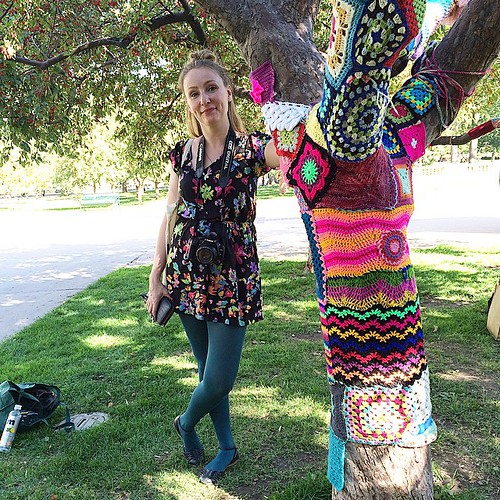 It really turned out so great, I am a very happy camper!

I also visited Fancy Tiger Crafts while I was there. I wanted to visit more yarn stores while there, but I did not have as much time as I would have wanted. 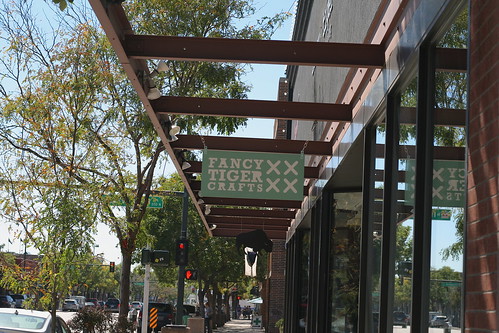 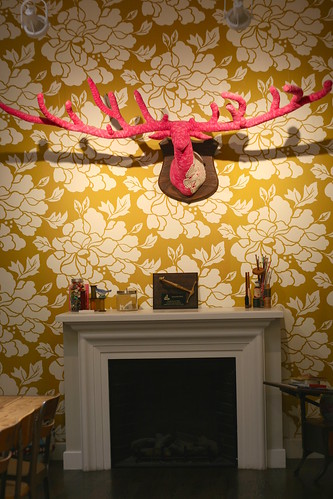 This really caught my eye! So pretty! 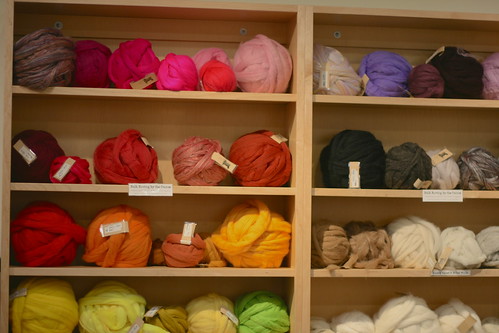 If I was a spinner…. 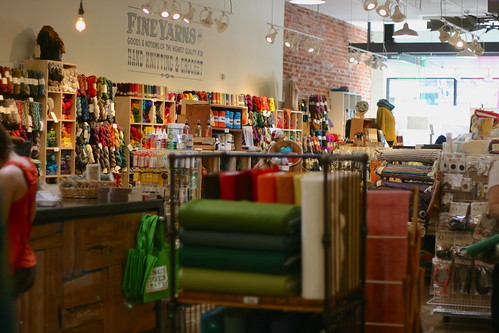 The store is big and absolutely beautiful! 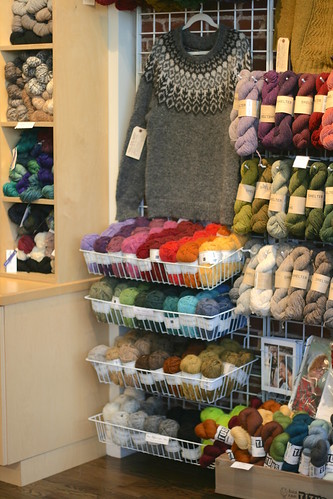 They even have Lopi for sale! Always happy to see Icelandic Wool when I am traveling. 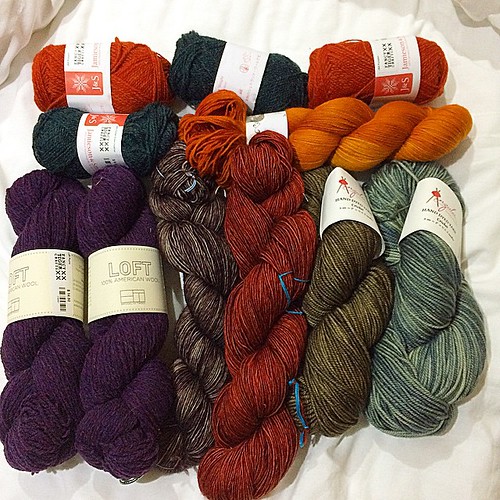 This pretty lot followed me back to my hotel room. Oh so pretty!