First up is the finished Romi Hill MKAL. This was great fun, and as always I learned new tricks and knitting patterns that I absolutely love. I am particularly proud of this one since I used only leftover yarn for it. That is always a good feeling, and to get something as pretty as an end result is a total WIN in my books. I decided to bind off in the same blue that I used for the pattern details and I am so happy that I did, I think it really ties it all together and makes it pop. 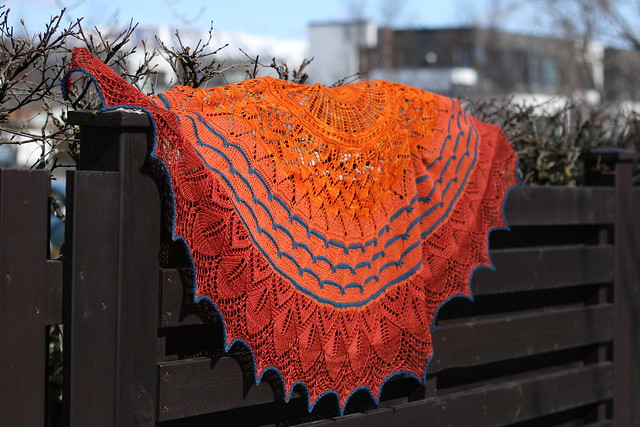 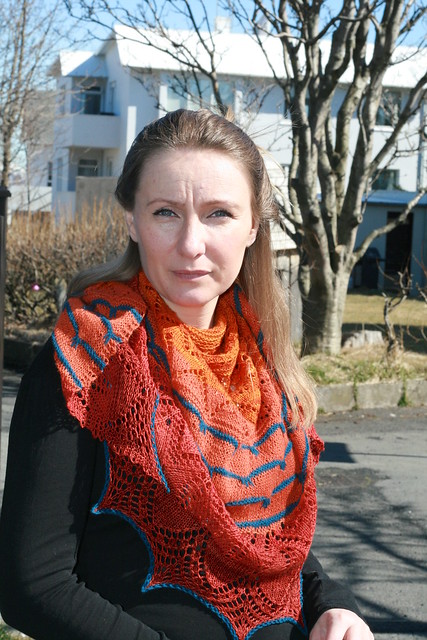 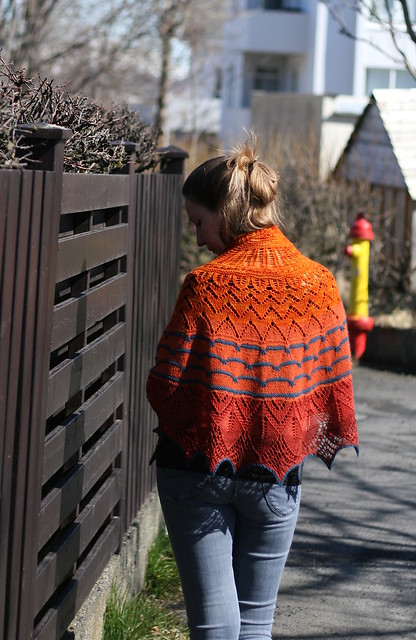 My project that I was working on in between clues is also finished. My friend Yuka from Japan gave me a great knitting book a couple of years ago where some Japanese designers are designing Icelandic sweaters using Lopi. The patterns are different from the Icelandic ones I have seen, and their use of colors is also quite different. I love this book and finally decided on a sweater to make. I wanted it to have colors that popped and had a dream about it that was very vivid, so I picked the colors that appeared in the dream and I love it. 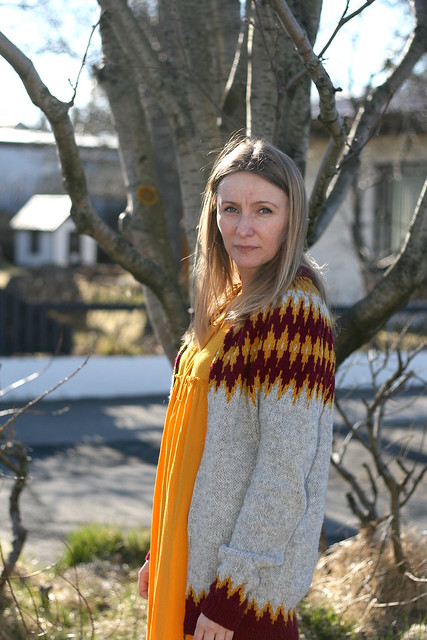 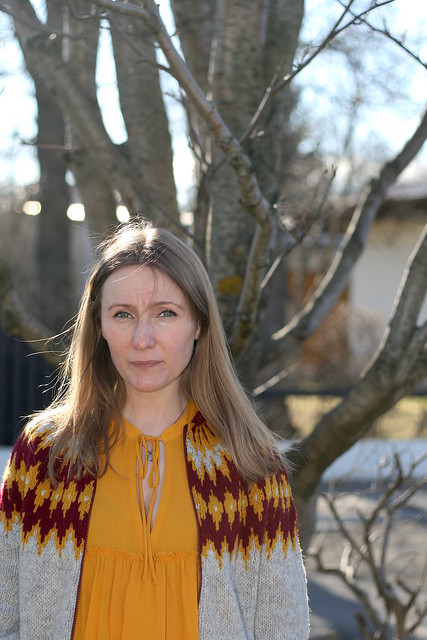 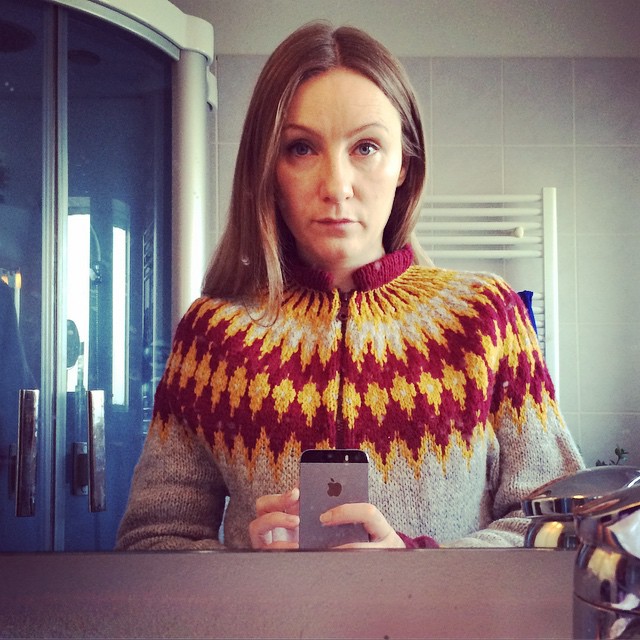 I always feel a bit lost and with a slight case of knitting-ADHD after they are done and find it very hard to pick my next project if I do not have anything lined up already. So I made a hat for the man. He needed a new one since the last one I knitted for him is worn out and a bit stretched out of shape as he has used it a lot. This was a super fun and fast project. 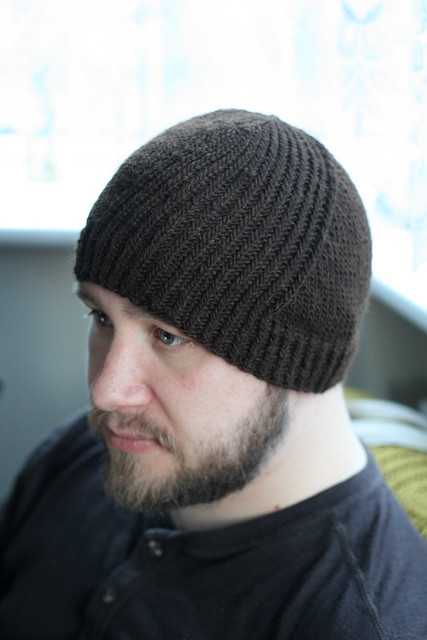 Thankfully, my knitting ADHD has a cure already. I am working on a lopapeysa for a friends son, I bought yarn for Blue Sand that I have been wanting to do for ages and Stephen West just announced his Spring Scarf KAL where I can pick from TEN new patterns!